Alabama authorities are searching for a teen who disappeared after a night out with friends and her “on-again, off-again” boyfriend on Saturday.

Al.com reports that 18-year-old Jordian Brenay Valentine went out with her boyfriend and friends for a “couple’s night” on Saturday. They were reportedly headed to get tattoos in Birmingham, in the Wylam area. She hasn’t been seen or heard from since.

“Me and Jordian check in every day with each other,’’ Porter said. “That’s how I know something is wrong.”

The family said that on Sunday morning, Valentine’s mother received a call from Valentine’s boyfriend (or someone in the boyfriend’s family), claiming that he had not seen her since 9:30 p.m. Saturday. Several searches by the family haven’t led them to Valentine’s whereabouts.

Valentine apparently made it to the Wylam area. Police said she was last spotted at 510 Frisco Street in Wylam, wearing white shoes and a black romper. Birmingham police said that Valentine isn’t familiar with the Wylam area and is known to wear wigs.

Valentine is described as a Black female who stands 5-feet-3-inches tall and weighs around 120 pounds.

For the latest true crime and justice news, subscribe to the ‘Crime Stories with Nancy Grace’ podcast. Here is our latest episode. 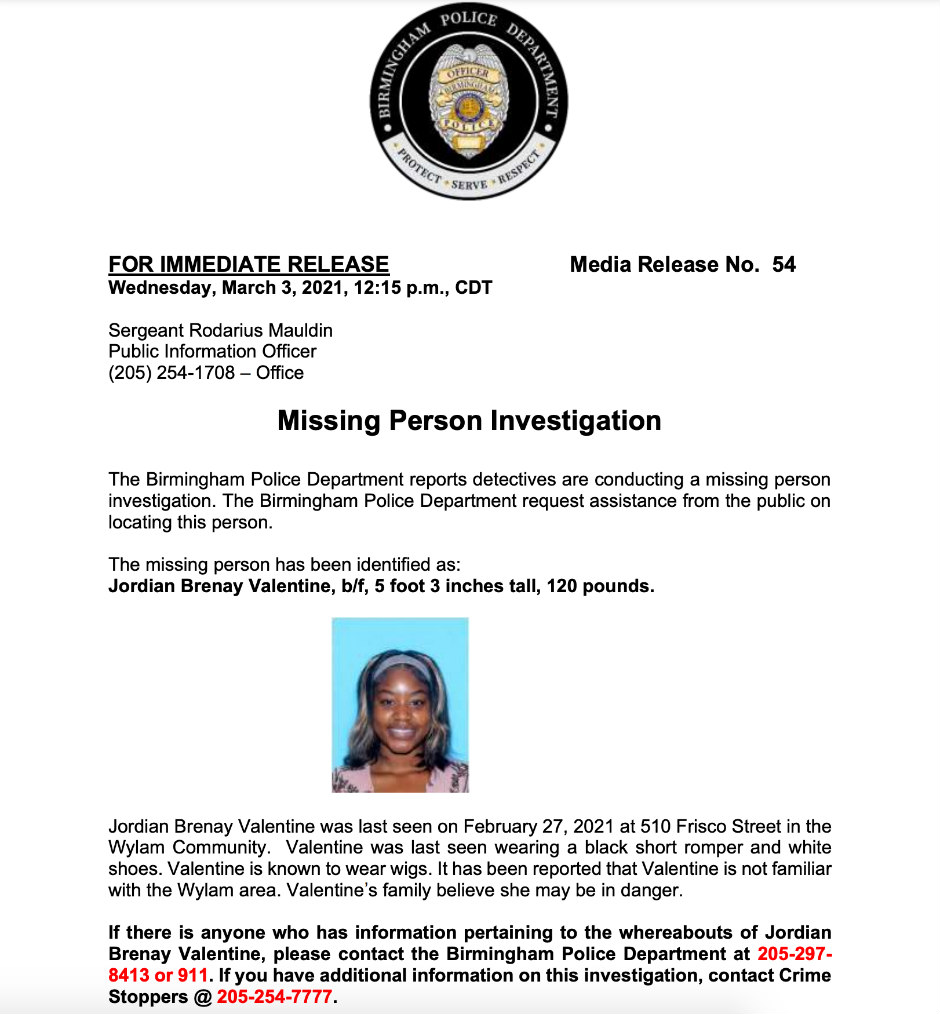 HERE ARE 7 WARNING SIGNS YOU HAVE BLOCKED ARTERIES

HERE ARE 7 WARNING SIGNS YOU HAVE BLOCKED ARTERIES